A few Sundays ago I wanted a post roast dinner treat. I flicked through my current ‘go to’ book and found a few recipes. Kieron chose this one and I wasn’t disappointed.

Up until recently I haven’t really thought much of the ‘sugar free’ recipes. They are never like the real thing, no matter how hard you try to convince yourself. But this one was pretty good. I would definitely make it again (If I wasn’t going away tomorrow I would probably make it again today!)

I’m also not really a fan of adding loads of agave syrup/maple syrup etc to sugar free recipes as they are just as high in sugar. This treat gets it’s sweetness from dates and a little bit of honey.

Unfortunately I just have the one picture of this pudding as the SD card the photos were on broke……I suppose that’s yet another reason I need to make it again!

I also made the vanilla custard from the same Madeline Shaw recipe. However this didn’t go too well for me as it split so I probably need to try that one again!

The remainder of this pudding went into my husbands office so I wasn’t tempted to eat it all. They ate it cold and said it was lovely – they were also shocked to find out it had no added sugar so I think that’s a win.

Hopefully I’ve posted this early enough for you to get the ingredients and make this for your pudding today! 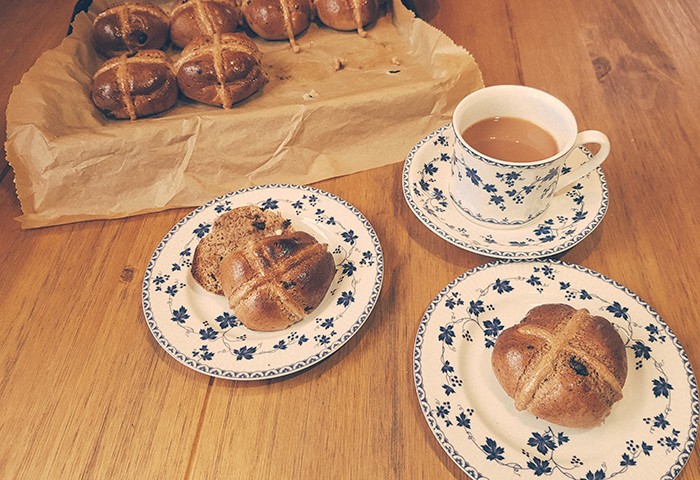 Today is my husbands birthday. So instead of having a weekend lie-in, I got up at 6.30am to make him a freshly baked breakfast of chocolate chip hot cross buns. As I didn’t have time to bake yesterday and we had guests I bought some Tesco Finest Toffee Fudge and Belgium chocolate hot cross buns….I…