This week I decided I would make my last Halloween themed cupcake. So while my better half was off watching the Sunseeker Rallye, I stayed at home and made these delicious coconut flavoured cupcakes decorated with pumpkins (We are not usually so stereotypical!!) and the odd ghost.

When I was in Homesense last week I saw a lovely box of Halloween themed marshmallows a little like these. I love Homesense for original and random things like this – I knew I could find a use for them! These cupcakes are perfectly sweet. I think I may have gone a bit over board on adding the almond essence though – I think I need to get myself some proper measuring spoons!(I like the look of these peacock ones!). But as I like almond it was fine. Just a bit of a shock to the husband when I said they were coconut cakes as he wasn’t expecting the alternative flavour.

Overall I think these work brilliantly. Since having a few frosting disasters when I have followed bloggers recipes I was a bit worried. But this frosting works well – there was no need to worry.

If you love coconut these should definitely go on your list! This recipe comes from The Baker Upstairs.

Ingredients for the frosting: Obviously you could make the pumpkin out of sugarpaste if you can’t find these marshmallows.

I think these are lovely. My husband wasn’t too keen, but then he isn’t too keen on a lot of my bakes so lets ignore him!! The subtle flavour of the coconut works brilliantly. 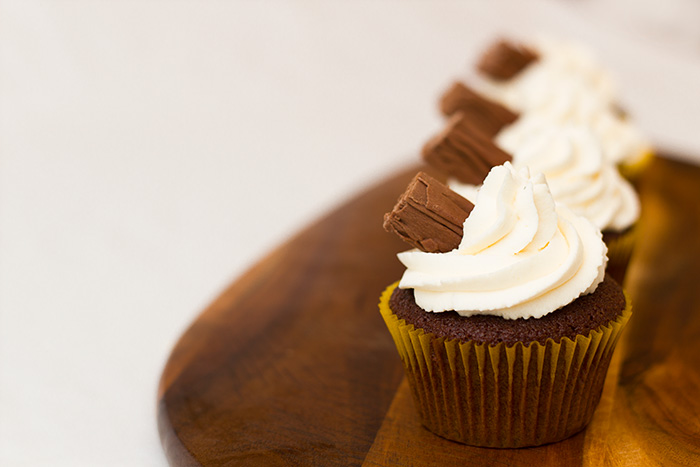 I don’t know if you have tried any recipes with fresh cream frostings rather than buttercream? I haven’t looked back since to be honest! It makes the cake taste so much lighter and is definitely not so sickly! So when I was asked to make some birthday cupcakes for a training group at work, I…