Space Themed Cupcakes
By Rachel Howard on 11/16/2013
A deep space themed cupcakes with magic stars and flying saucers. And a handy hint on colouring chocolate frosting!

A little while ago I mentioned a baking disaster but I forgot to share it with you.

Back in the summer we went to a 3 year olds Birthday Party. And this little 3 year old was having a Space themed party so I thought I would take along some cupcakes. The idea was to make them look like space with planets and stars floating around. Easy I thought. But for some reason, I decided to make it hard for myself…

My most popular cupcake flavour is Jaffa Cake. I have had a lot of requests for them and I didn’t think making chocolate frosting a dark shade of black/blue would throw up any problems….wrong. I made the cakes and started on the frosting. I added the tiny amount of colouring like usual and it did nothing. I added a bit more, and still nothing. A dollop of deep blue colouring went in and made a start but nothing like what I wanted. So I added a bit more and it went green (I used this for the aliens!). The only thing I could do was to add black, and finally it became a colour that looked quite space like.

I decorated the cupcakes with Milky Way Magic Stars, edible Flying Saucers and Stars and lots of edible Rainbow Dust!! For the Aliens, I just used some rolled up green fondant as tentacles and an edible eye. So they looked pretty good, but i was very cautious of taking cupcakes so full of food colouring to a children’s party. I decided to put a disclaimer on the box that said something like….

These yummy Jaffa Cupcakes WILL turn your mouth blue and glittery

From this, I can warn you…..NEVER TRY TO CHANGE THE COLOUR OF CHOCOLATE FROSTING. JUST DON’T DO IT. Make a vanilla frosting instead and be safe in the knowledge you won’t turn everyone blue and high on E numbers. This is the message I got from his mum (check out her blog – she is the person responsible for suggesting I start this one nearly a year ago!!!):

You forgot the warning about the green poo….!! 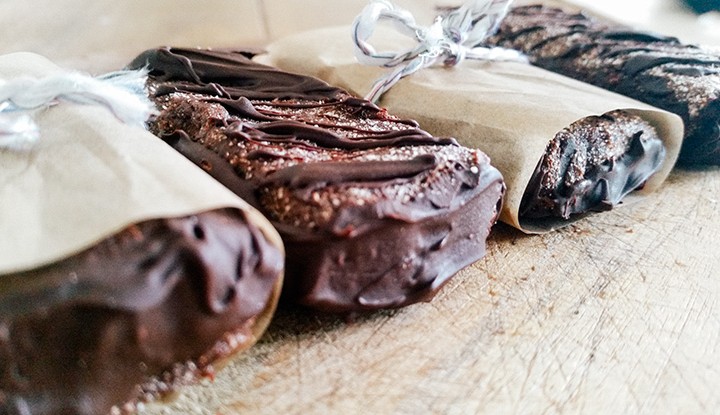 Well this is something a little different and it’s not even really a ‘bake’ as the oven isn’t even turned on for these! I had a little time to kill yesterday afternoon but couldn’t be bothered to go to the shop for any ingredients. So I had a look at what was in the cupboard…