This week I had the special task of making my twin sisters birthday cakes (Not my twin…they are twins!)

Unfortunately these cakes didn’t come out quite as I had planned for a few reasons. Firstly, I had wanted the figures to look realistic rather than cartoony so I ordered a child shaped mould from Ebay. When this hadn’t arrived by the day I had to make the cakes (and still hasn’t arrived!) I had to start thinking about what I could do instead, without much time for the preparation! The plan for Maddie’s cake was to make a running track shaped cake as I know she loves running. I did this, but it really didn’t look good so at 5pm I decided to start again and went for the traditional round cake like Chloe’s.

And then it was too late by the time I realised I had forgotten to get some ribbon to go around the cakes so I made a yellow band from sugar paste which doesn’t quite give the neat effect I was looking for!

And to help the figures ‘sit up’ I created a pile of gym mats behind the gymnast and a tree stump behind the athlete. Overall, I was reasonably pleased with these cakes, but I knew I could have done better…I’m a perfectionist…what can I say!?

I really hope they tasted good (I did have a sneaky taste from the bits that didn’t work on Maddie’s first cake and it tasted great to me!) I went for a chocolate malteser flavoured sponge – the recipe can be found here. Happy Birthday Chloe and Maddie – I hope the cakes went down well at the party, 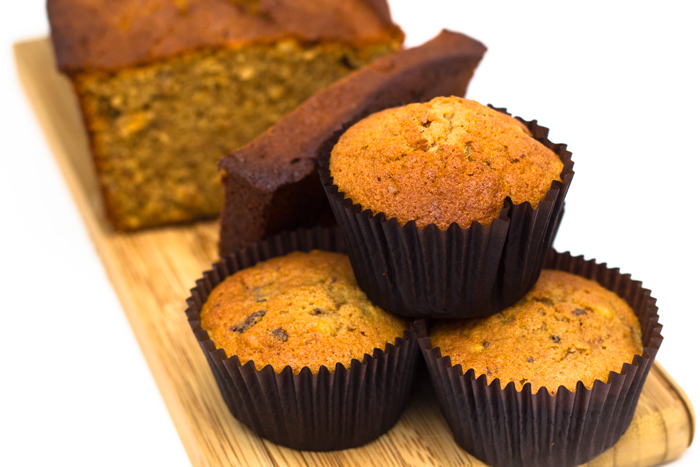 The new office that I am in are really healthy. So when they asked for a healthy cake I was stumped. As far as I’m concerned the two words don’t go together! So they suggested banana loaf. I like bananas, but the idea of them all mushy in a cake wasn’t appealing. I have…