So here is the second of the four cupcakes I baked earlier this week. I’m a big fan of apples and cinnamon….a perfect match especially as Autumn is edging it’s way in!

Again, this recipe is adapted from The Scran Line (their cakes just look way too good!!!)

Ingredients for the caramelised apples:

Ingredients for the apple pie crust:

(This made over the amount needed, but I wasn’t sure how to reduce the amount as halving an egg yolk could prove tricky! Plus it tastes great on it’s own…it’s basically shortbread! ) Ingredients for the apple and cinnamon cupcakes:

Ingredients for the brown sugar frosting:

I know it seems like a lot, but the end result is worth it….I promise! Here is how to finish these little delights –

And there you have it…a perfectly balanced apple and cinnamon ‘apple pie’ cupcake.

And just like the Nutella Cheesecake cupcakes I featured yesterday, I wasn’t overly sure on the frosting for these. It was quite grainy from the brown sugar and I’m just not sure it worked for me. Lots of others disagreed though and thought it was perfect so I’ll leave it for you to decide! What I did find is that the pie crust soaks up moisture from the buttercream – these photos are after the pie crust had sat on the cupcake for a few hours. It still tastes good, it’s just better fresh and crunchy so I would avoid putting it on top until just before eating if possible.

These are great for Autumn. I had a few cakes left that I didn’t have enough icing for and I have happily been munching on them and the left over caramelised apples……they would be good with home made custard too! 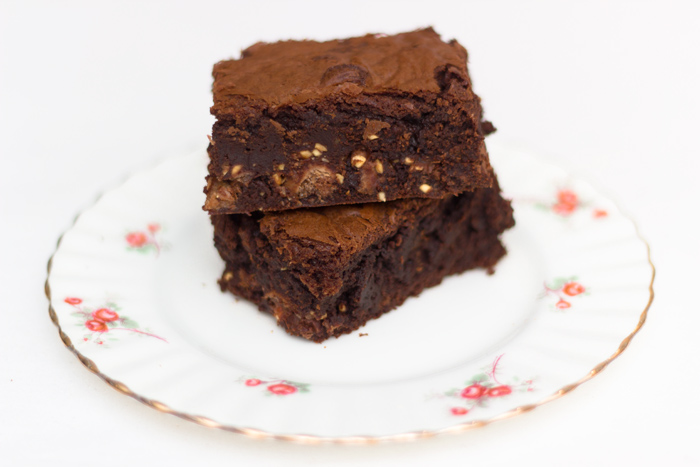 Now that my baking is getting more regular, the rumours have spread around the offices that I bring cakes to work. So the other week I offered to make something for one of the teams over the road. I gave them my ‘want to bake at some point’ list and they chose Ferrero Rocher Brownies….