I hadn’t planned on writing up a post today, but I’ve got a busy Sunday ahead – giving the family a much needed chance to relax by cooking dinner for them followed by watching the Deal or No Deal Celebrity Special with JLS…me and my sister went to the filming so we can’t wait to see our on screen debut! (ha) So although I do plan on baking for them I won’t get chance to post it tomorrow.

When I saw it was national doughnut week I decided to give them a try! I have never made doughnuts before and if I’m honest, deep frying kind of scares me. So when I saw this recipe for mini doughnuts that you bake instead of fry it was a great reason to try them.

They may not look perfect but they taste delicious!

Although nothing like shop bought doughnuts, these are little gems that have been eaten very quickly by my husband.

Definitely worth trying if you love doughnuts but don’t want to be deep-frying! 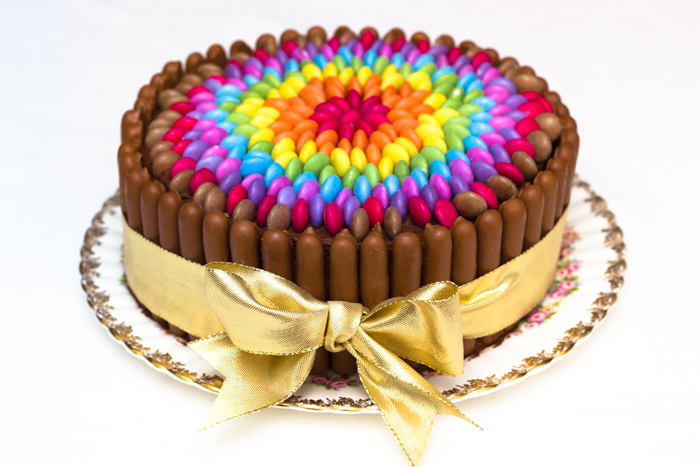 After 5 years in my job, I have decided to make a huge leap into a totally different role. So to say goodbye to my team I baked them a cake. I wanted to make something bright and cheerful so I went through my pinterest board of cakes I see and want to bake and…